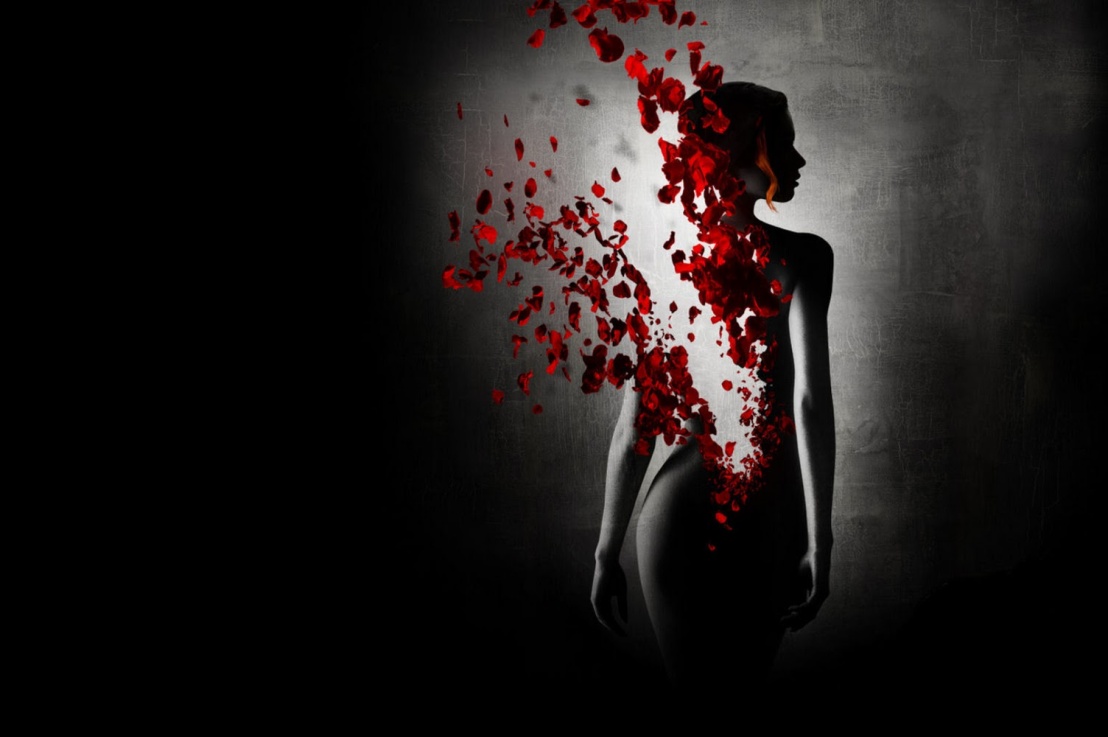 In my younger days, I was an avid fan of RnB music and especially of Leona Lewis. I swear this is not because of her thighs.. Which were in fact heavenly, a black body dipped in sunshine. The type of thighs men go to war for. I was willing to lose my virginity to them…ahem. This is a family blog so I will not elaborate. But I did particularly enjoy her song, “bleeding love.” I remember the lyrics went something like

I always wondered why love would lead to bleeding. I am a coward. So I have always hated the sight of blood, which made me hate this “love thing” that caused bleeding. I figure this is why I am always attracted to doctors and nurses. The way they inflict pain that saves you from disease and sometimes from death. It is my way of having power over the thing that scares me. Plus, I did get my girl to wear a stethoscope and a white coat once. Let’s just say it wasn’t only her legs that shook that night.

Damn, you are nasty!

So imagine my curiosity when my good friend Muthumbi called and told me he knew someone who had a thing for pain. Her preference being the use of razor blades on her wrist. They call it blood letting. Muthumbi tells me this someone is a guy. The gentleman in question routinely cuts himself not for ritualistic reasons, or perhaps for sexual domineering ones (I can hear your disappointment from here, y’all perverts). He simply does it. Muthumbi figures this guy can give me his story. Do I want to hear it? Of course yes, I would be a stripper if the audience paid me in stories. Though, I am not too sure if I would look nice in a G string. What do you think? Plus, how do you make it rain in stories rather than dollar bills…hhmmmh!

The search for a story is why I find myself at the new Java near Imara Daima estate. The one with the fine waitresses. There’s one I particularly like, her name is Stacy I think. I swear I have never experienced better customer service. I initially ordered a simple Espresso but the sight of her swinging derriere forced me to call her back and order more coffee. Just so that she could walk away from me again. If you know anyone at Java, tell them my hand *wink* salutes them. I choose to sit outside the main restaurant. On those dark brown seats that never quite sit level on the pavement. Muthumbi told me to sit and wait, the gentleman would introduce himself to me. I sit and wait, trying to guess who it is as people come and go. My patience is at this point wearing thin, considering I have just paid a lot of money for coffee and it was just impress a fine girl. She refused to give me her number by the way. I still feel the pain right now.

I am still day dreaming when I hear someone, a lady, call my name. She calls it beautifully. If there is a reason to get married. It is just so that your wife can wake you up in the morning by calling your name in the morning. She is standing over me. She smiles, and tells me Muthumbi asked her to talk to me. Muthumbi played me, it was a lady all along. Her name is Nzilani. It means journey. Her face has seen better days. I am excited. Beautiful women never have interesting stories. I buy her cup of coffee a little more willingly.

I am impatient to begin, but she does not look like a woman used to being pushed around So I wait. About halfway through her drink, she sighs and asks if I am ready. I am. In the next half hour, she tells me her story which I feel would be best told in her voice. So people meet Nzilani, Nzilani, the people.

It was 3 years ago, somewhere in Pipeline, Embakasi estate. In one of those high rise buildings where you live in apartments. But everybody knows everybody. The particular building was about 7 floors. I lived on the 5th floor with my man at the time. I was married, to a good man. You know the type who insist on being in the delivery room with you. Even when they know you will shit on yourself and they will never get over the sight of your vagina expanding to 41millimeters. Yes that one. He loved me, and I loved myself too. I don’t quite remember why I married him. I think I was bored, figured it would bring some excitement into my life, it did not.

We were supposedly the perfect couple, at least in our building. We did not fight. He did not sleep out. There were no kids yet, so we had a bit of money. Plus, we had sex once per week. On Sundays, after church, before dinner. It was on his timetable. Sometimes, on my special occasions, on my birthday, or when I was particularly good we would do it twice in the week. When the birthday fell on a Sunday, I got screwed over and not the way I wanted. So I got bored and tried to find some excitement into my life. Trust me, when you’ve got the libido of a teenager and the skill of a 37 year old woman. Once per week is not enough.

I got into it with the neighbor. He was my husband’s best friend. You know him, the one who is neither handsome nor cute. He was just good at it. Plus, I was in need so I could not be choosy. My husband always knew, I think. He knew I was doing it, just not with whom. He said nothing. So I continued, a part of me hoping he would catch me. Maybe that would finally make our marriage a little more exciting.

It was a boring afternoon. We were slumped over in the bed. In that position that lovers’ take after the throes of passion have ebbed. Locked in an embrace that is neither emotional nor eternal. It is something we are programmed to do. This is the third time this week that the neighbor had me in his bed. The other two times, I did not want to have conversations after we were through. So he quickly wore his sparse clothes and ran out of the house. It was almost as if he could not get away from me fast enough. This time though, he feels comfortable. He lets me sleep over for the 2 hours before my husband comes home. What, you thought only men need casual sex?

On this day however, I am not as careful as I usually am. In our 7 months of doing this. I have not made mistakes. Plus, my husband was a bit of a dimwit. Otherwise he would have figured out I was fucking his friend. They usually went out drinking sometimes. I remember there was that time his friend left him at the bar after buying him rounds of beer and came back. His friend and I did it that night, on our bed no less. It was sinful, but glorious. He came in, my husband. He went into our house and found it empty. He figured I’d gone to the shops. So he goes to his friend’s house to say hello. He never got to open the door. He heard me inside. Calling out the names of deities in intonations he was unused to. I believe I called out all my ancestors that day, it was that good. I think he even saw us, through that small space between the curtain and the edge of the glass. He saw his friend plowing into his wife. He lost it.

This is why I found myself seated at my balcony. Breathing. Just breathing. The cops are in my house. Hard at work. Trying to bring him down. I smelt it, the smell of dying flesh. He looks handsome now, with his skin pale from rigor mortis setting in. There were tears on his face. Frozen in time. I remember now why I chose him, to marry him. The way he laughed at one of my silly jokes. He thought I was funny. I think the sight of his friend, more than anything, is what broke him. The betrayal of every one he loved. I often think of his last thoughts before he stepped off the table with the noose around his neck. A world where no one loved him and an eternity offering peace, it was an easy decision to make.

So in his honor, I cut my wrists weekly on Wednesdays at 2:31pm. I can’t help it. My wrists keep bleeding. It happens almost as if my will is unnecessary to the act. I’ve thought of going for counseling but I haven’t. I figured this pain is my penance for hurting a good man. You know, sometimes after I cut myself, I can see his eyes. The way they looked with the rope around his neck. Glazing, looking into the eternity of his abyss. The way they opened the damnation of my soul. In those moments, as the blood flows from my hands. Just seconds before it falls to the ground. I remember his last words. On his farewell note, like a love song that refuses to end in my head.

As always. You are amazing for reading this. Subscribe and we will keep serving new stories nice and hot to your inbox.

And to all of you Americans reading this, keep reading.

You deserve the world for that 😊😊😊