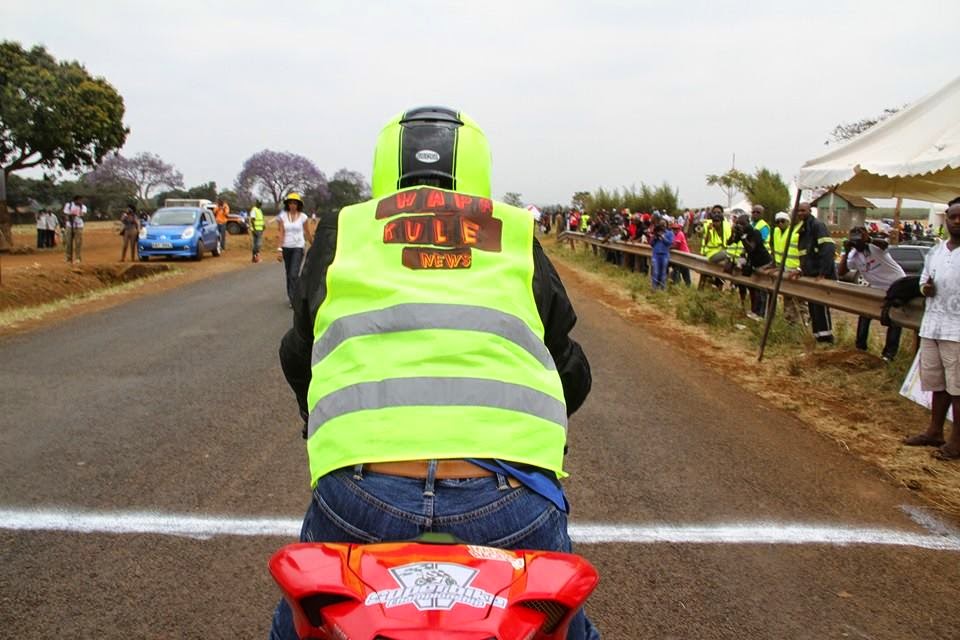 I hate getting home late. I live at the very end of Nairobi. Not far from the National park. So meeting with a hyena at night is a very real possibility. The stories I have heard of their very real love for succulent humans scare me. As I have a protruding belly which my girl sometimes says is edible. I am not sure that is a compliment.

I just got dropped off by a bus from town. It is too late to walk home. I have to hop on a bodaboda aka nduthi. I am careful with the nduthis I get on. I’ve heard too many stories of people dying on a speeding bike. My trick is always humor. I talk to the guy before I get on and make sure he understands I do not have babies. I have no one to leave my name and riches to. It would be a waste if he kills me tonight. Plus, I mention, my girl will let me try to make a baby tonight. It is in both our interest to get me home with the equipment functional. He laughs, as they all do. Oblivious that this is the 7th time I am repeating the joke this month.

He tells me I am his last passenger for the day. He too has a young woman to go home to. She has been with him a year now. I chuckle, he happily divulges the details without any prompting. The way all Kenyan nduthi guys are almost always hungry for conversation. Normally, I would reply as we all do with intonation mmmmh,mmmh, oooooh, aki, wacha…etc. Today however, the bike is sufficiently slow that we can actually speak. When he speeds up a bit I remind him of the woman waiting for me, he slows down and tells me he is covered by the blood of Jesus. Thus, as his passenger I am covered too. I have not been to church lately. And despite the prayers my mother sends skywards daily, I do not share his enthusiasm.

He is relatively well mannered and adequately dressed. His jacket does not have that heady mask characteristic of clothes that are washed only by the grace of God and Nairobi rains. He speaks well. I dare say he is cultured. Even his customer service is better than that of Mpesa ladies in the Nairobi CBD. I have a yet to be proved theory that an Mpesa attendant’s attitude is directly proportional to their proximity to the CBD. I digress. I ask him, how he came to do what he does. The question sparks something in him and he eagerly narrates his story. He finished campus 2 years ago. Moi University is his alma mater. He remembers it fondly. Says something about the girls there being the finest south of the Mediterranean. He has never been out of the country, so I am not too sure his perspective is sound.

He was excited to finish campus. The world, he thought was beckoning, willing only for him to take it. His uncle had promised to help him find a job. Plus, he figured with his first class degree in Anthropology, the National Museum would be lucky to have him. His lecturers had also mentioned the UN and other NGOs needed people with his skills. He believed them. So it came as a surprise when his uncle bailed. Insisting he had only been joking the entire 4 years. Kenyan relatives should never be taken seriously when they promise to help you get a job. So he did what we all do, he knocked on the doors of big companies, offering to work for them even for a pittance. Some HRs asked him where he thought he would apply his knowledge of fossils in a corporate setting. He did not have the answer for that. He did not give up, he broadened his search, knocking on companies on the greasier side of Moi Avenue. The first company that took him in was a bar. Not glorious, but it gave him a reason to wake up in the morning.

He worked there for 7 months until one night he met this pretty girl. And for some reason, she kept coming back to his bar. She was nice to him, unlike the rest of us in bars when we have a bit of money. Where we insist on calling waiters and bar tenders like dogs, “Wewe, leta mbili baridi!” The job brought with it demons and depression. Every night he stepped behind the bar counter a bit of his soul was left in there. He could not quit, there was nothing he could survive on.

She was pretty, he was broke. He never tried anything with her. Even when it became obvious that she came to his bar for more than just banter and alcohol. He did not see the need to add another person into his sorrows. But she talked to him nicely. It is the simple things that count. Women have this ability to see the best of you. Especially when you are light years from it. So she asked him to come to church with her. He did. Normally, he went to church sometimes, especially when his Saturday shift was not too brutal. The Sunday he went to church with her the pastor told Job’s story. He told it in a different manner, so much that it felt like he was hearing it for the first time. The way Job had suffered and he still kept the faith. It felt familiar, Job’s cry, “Eli, Eli lama sabachthani!” My God, my God why  have you abandoned me. His God had left him after Campus. That Sunday, in church he felt as if he was Job in the story and the girl was the angel sent to save him.

The next week he left the bar. He tells me it drained the happiness from his soul. He bought a bike with his savings and started his business. He’s bought a couple more since then. He employs a couple of young men. He will start a taxi business soon. He is now the one beckoning the world. Plus, the girl in the bar, he married her. Apparently, she wondered if he was okay mixing up her world the way he did the cocktails….it was bad line. He loved it.

We are almost at my place. So I am trying to get him to finish his story. He instead keeps tries to lengthen it. So I ask him about his parents. Where are they? He tells me they are somewhere in Limuru, buried beneath a tea farm. I am a little bit creeped out by his characterization, he would in another life been an exceptional writer. I ask him how it feels to be an orphan. He doesn’t respond to that for some time. We have a couple of seconds of awkward silence. Perhaps it is the way of men, assuming silence will will into oblivion the things they do not want to talk about. He pulls over the bike next to my gate and stops. He tells me he hates the pity that comes with being an orphan. As if society doesn’t think he can function. I nod, trying to desperately to look like I understand. My gate man opens the gate and says hello. We respond. To finish it, I ask him what he remembers most about his parents. He tells me they loved each other. In that way, old people love without Instagram and WhatsApp statuses. He hopes he will grow to become like that with his girl. I smile, thank him for the ride and begin to walk in. Just as I am about to close the gate behind me. He calls out and asks me to say hello to my girl. She doesn’t exist! I show him a thumbs up.

As I struggle with the padlock to my door, I think of his parents. Now buried together, under a tea farm in Limuru. Living in eternity the way they lived here….together. I think if they could see the man their son has become. They would be proud.

17 thoughts on “The Nduthi Guy”